Person on the street: Who would you want to be?

Surveys are always asking people on the street what celebrity they want to be. School-age kids will giggle and say they wish they were whoever is big on the screen or on the pop charts. Even adults' answers reveal that these questions are little more than silly celebrity popularity contests.

So, for a bit of a twist, Monster Island asks our celebrities: Who would you want to be? 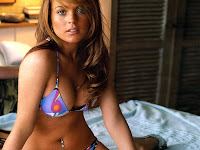 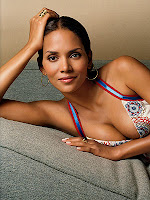 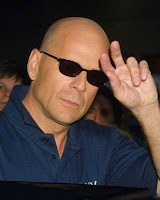 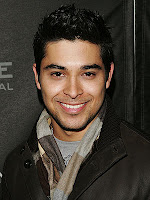 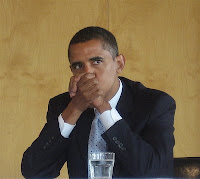 Anybody who isn't about to be inaugurated president during the worst economic downturn in almost a century. Anybody! I'm not kidding. If you cut your hair and got a little sun, you and I could switch places. Come on, it's 400 grand a year. That's gotta be two or three times what you make as a grad student. And my wife's hella hot... I'd throw her in as a bonus, but only until the end of my term.
—Barack Hussein Obama (former U.S. senator), Chicago IL 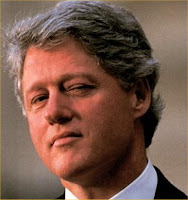 Anybody who isn't married to a Secretary of State. Hey, if you whitened your hair and doubled in size by eating your weight in sausage links, you and I could switch places. Come on, you could control a foundation that's worth billions... no one would know if a mil or two fell under the desk and went missing. Plus my wife is totally... ah, who am I kidding. She's no Michelle Obama. You'd become obsessed with working out your schedule so that you're both in different countries for most of the year.
— William Clinton (former president), Chappaqua NY

Robert Koehler, hands down. That guy can pull off a hanbok. Plus, his wife is smokin'!
— Nicolas Cage (celebrity), Los Angeles CA

Email ThisBlogThis!Share to TwitterShare to FacebookShare to Pinterest
Labels: Person on the street