The Korean notes that this is the seventeenth anniversary of the Los Angeles riots.

White cops acquitted despite being videotaped. 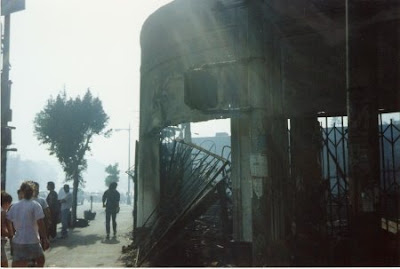 I'm somewhat simplifying things, of course, but there's a point: Prior to that, the only conceivable connection between Rodney King and anything or anyone Korean was that he was driving a Hyundai Excel (supposedly at 100 mph).

Given how badly the Los Angeles area Korean-American community was blindsided, I'd say it was prudent for kyopo across America (and other Asians, as the JACL said) to be at least a little concerned about a backlash against Koreans following the Seung-hui Cho massacre, though that sentiment was roundly mocked in the K-blogs two years ago. 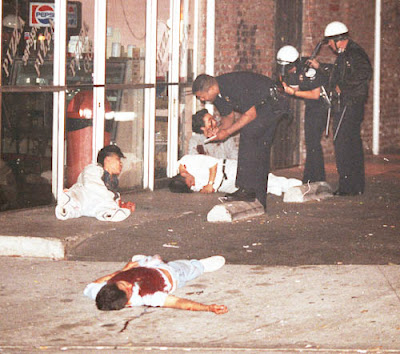 The L.A. riots made me both angry and depressed. I'd naïvely been thinking that Southern California was progressing toward greater and greater racial tolerance, and that notion was shattered. It had been some years since my family had left Compton and moved to a part of Orange County where Whites and Asians predominated... I'd become out of touch, even though I knew a lot about Korean-Black tension (and found myself arguing what I thought was the side of the Blacks sometimes). 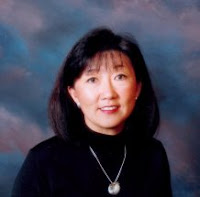 The Korean and Korean-American media was shameless and shameful during those days. Media whore and self-styled Korean-American spokesperson Angela Oh (left) going on Donahue and proclaiming Koreans as victims of history just like African-Americans — completely missing the point of Black complaints — while the Korean media (i.e., in Korea) was reporting that the LAPD was abandoning Koreatown to go protect Beverly Hills, which they'd translated as a 구/區 (ku, a "ward") of Los Angeles and not a separate 시/市 (shi, a city) that would have its own police force (Hello? Beverly Hills Cop!).

And I will say one thing about the Cho massacre: It seems the people of Virginia — and almost all of the United States — did not treat the Cho massacre as "a Korean thing" at all. There's the moving forward I'd thought we had back in 1992.