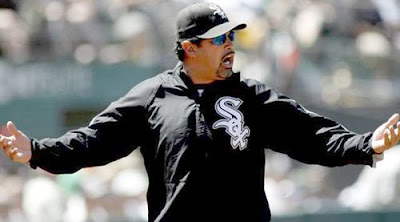 Ozzie Guillen of the Chicago White Sox thinks so:


Chicago White Sox Manager Ozzie Guillen thinks Asian players are given privileges in the United States that Latinos are not afforded.

In his latest rant, the outspoken Guillen also said that he's the "only one" in baseball teaching young players from Latin America to stay away from performance-enhancing drugs and that Major League Baseball doesn't care about that.

He said MLB cares only about how often he argues with umpires and what he says to the media.

Guillen said it's unfair that Japanese players are assigned interpreters when they come to the U.S. to play pro ball, but Latinos are not.

Echoes of the tensions in LPGA? A little? Sorta? Not at all?

Anyway, Mr Guillen doesn't actually mention Koreans (the article doesn't mention it anyway), but his comment would seem to include Koreans (and Taiwanese and others). Heck, maybe Mr Guillen also means Koreans when he says Japanese.

But if what he's saying is correct, then perhaps he has a point. And that point should not be to yank — heh heh, yank — the interpreters (and teachers) from the Asian players, but make sure that the Spanish-speaking players have them if they need them.