A worm at Apple Inc 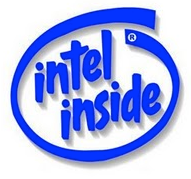 For years, before Apple started using Intel Duo Core chips (the same ones that now allow you to run Windows on a Macintosh if you so desire), the joke among Mac users was that the ubiquitous "Intel Inside" sticker was a warning label. Well, keep in mind for this story that "Intel Inside" could also mean industrial espionagable intelligence is inside this device.

For some time now, we've heard how certain companies in South Korea and elsewhere in East Asia have been key suppliers of components for some of Apple's hottest products, even while some of these companies have also been suppliers for competitors or major competitors themselves.

And some of them wanted to know more about what Apple was making and doing, apparently to the tune of at least $1 million paid in kickbacks to Paul Shin Devine, Apple's global supply manager, who has been charged with all that by the Feds and faces a lawsuit by Apple itself.


A manager at Apple Inc has been charged in California with taking kickbacks he received after leaking corporate secrets to Asian companies that supplied iPhone and iPod accessories, court documents showed.

Paul Shin Devine, a global supply manager at technology company Apple since 2005, was accused by federal authorities of accepting kickbacks from six Asian companies. Authorities did not name the companies but said they were located in South Korea, China, Taiwan and Singapore.

Devine, 37, also faces a civil suit filed by Cupertino, California-based Apple, which accused him of receiving more than $1 million in payments and bribes over several years, the San Jose Mercury News reported.

Devine appeared in court on Friday in San Jose but no bail was set, according to court documents. He is scheduled to return to court on Monday.

A million bucks?! That's at least thirty-seven iPhone 4's! Meanwhile, the Wall Street Journal is less coy about which companies were allegedly* involved:


According to the indictment and the civil suit, Mr. Devine came up with a scheme in which he supplied companies like Cresyn Co. Ltd. in South Korea, Kaedar Electronics Co. Ltd. in China and Jin Li Mould Manufacturing Pte. Ltd. in Singapore with confidential information that would let them negotiate favorable contracts with Apple.

In return, Mr. Devine demanded payments, which were sent to bank accounts in his wife's name in amounts that were small enough to avoid attention. He shared part of the money with Mr. Ang, who was an employee of Jin Li, and helped broker deals with Jin Li as well as others. 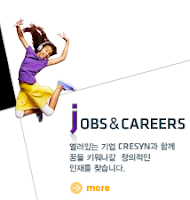 I know little about Cresyn (they do have a mostly Korean-language website that includes a section on "jobs and careers" which may or may not include industrial espionage), but I will say that it's a good thing Kaedar Electronics is in China instead of South Korea, where it would be spelled Gaydar. Imagine the product line at Gaydar Electronics!

So how does one pull off a stunt like this? According to the San Jose Mercury News, this is how he was funneled the money:


Devine reportedly opened bank accounts in several countries in Asia, including accounts in his wife's name, in order to receive the kickbacks. He also got them directly when he traveled through Asia, the indictment said.

Which means the IRS might start poking their nose in the penny-ante South Korean bank accounts held by us non-ROK citizens. Thanks Mr Devine, first the white iPhone 4 holdup (which I'm blaming on you) and now this. (And possibly for getting California Pizza Kitchen involved.)

I'm also wondering if other companies may have also provided kickbacks of a more titillating variety, which I'm told is not exactly unheard of. Could all this be the tip of the iceberg?

* We write allegedly because this is America, where the accused is considered innocent until appearing on the Nancy Grace Show.