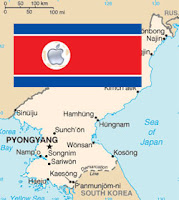 No, this is not some direct connection between Apple and, say, some factory in Shinŭiju using underpaid forced labor to produce the shiny parts on iPads. Rather, it's some folks likening Apple's business practices to those of Kim Jong-il. Echoing the thoughts of Google guru Andy Rubin who likened Apple to North Korea last April, this writer goes a bit further:


Apple may be an American company, but it seems the company works exactly like the suppressive regimen of North Korea.

Things are moving from bad towards worse. According to reports Apple has applied for a patent called, 'Systems and Methods for Identifying Unauthorized Users of an Electronic Device'.

According to TG Daily, "the patent application refers extensively to the protection of sensitive data. If Apple's informed that a phone has been stolen, for example, the techniques described in the application would allow the company to retrieve all sensitive data from the phone remotely, transmit it to a storage server for safe keeping, and erase it entirely from the phone."

Another outrageous feature of the patent is Apple's ability to control the device's camera to take a picture of the user and sending it to Apple, along with the user's location -- without user's knowledge. The patents also explains how Apple can force a phone to be remotely restored to factory settings.

None of this is what majority of users want. It's what Apple wants. It also mean Apple's direct access to sensitive data on your iPhone. How would governments around the globe take this technology? Is it possible that Apple may spy through its iPhone and iPad?

I always thought a suppressive regimen would be something like "200 pushups, run twenty miles, and then 200 more pushups."

Um, anyway, this is as good a time to report that my iPhone 4 went totally whack yesterday. I pressed the earphone switch to turn on whatever was in my queue on the iPod portion of the phone (most likely "Wait, Wait, Don't Tell Me") and the phone went blank. After trying to start it up with the various starting-up methods (I knew it wasn't a dead battery, as it had been plugged in all day), I remembered about the force reset (pushing the top button and the home button simultaneously for about five seconds).

That turned it on again, but when I did the same thing, pushing the earphone switch to turn on the iPod part, it not only went blank again, but the phone was vibrating as if there were a phone call. Well, not exactly, as the vibration was continuous. Forced reset no longer worked.

I was at the grocery store, where I used my friend's phone to call the local Apple Store and ask, "what the hell?!" and also to make an appointment for the Genius Bar. I wanted to go right away, lest my convulsing phone run out of battery power and the geniuses not believe me.

I got there early for my appointment an hour later, and the staff were both bemused and bewildered at my perpetually vibrating phone. The one who handled my appointment assured me that I would get a replacement part (i.e., a new phone). Yay for me, but the new phone won't come for a couple days.

In the meantime, the vibration went on for about three or four more hours, until the battery died. After having it in my pocket for an hour while at the grocery store and Ala Moana Shopping Center (where the Apple Store is located), I was afraid I would develop that "phantom call syndrome" where people think that they are feeling a vibration in their rear end indicating they are receiving a phone call, a condition particularly acute when they have been away from their cell phone.

Anyway, when I recharged the thing and restarted it, it no longer convulsed. It seems okay, for now. I'm going to take that new phone, as this one is suspect. The upshot is, while I'm not happy I had this problem at all, I'm quite happy with how Apple is dealing with it.

Let's see if you can get that kind of customer service in Pyongyang.