"A world without Kim" 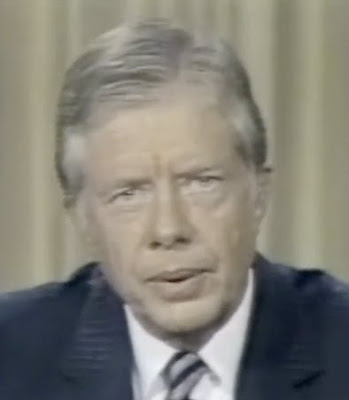 While taking up a tacit challenge by Joshua Stanton of One Free Korea to find any statement(s) by former President Jimmy Carter denouncing North Korea's human rights record in a way even remotely similar to how he'd criticized South Korean President Park Chunghee's human rights record in 1979*, I ran across the Time archive from 1994 following the death of Great Leader Kim Ilsung.

It's interesting to see how things turned out vis-à-vis his son Kim Jong-il's rise to power:


Internally, Kim's passing was definitely the end of an era. Foreign diplomats inside the country reported that children were breaking out spontaneously in tears and masses of stunned, flower-laden mourners were filing through the streets. Beyond that, though, the death also signaled a likely accession to power of the spectacularly mysterious Kim Jong Il, the Great Leader's son and anointed heir.

Would he venture peace, threats, war? Would he last for years, six months, six weeks? At a press conference in Naples, Clinton said he saw no reason to panic. Though South Korean President Kim Young Sam had ordered his forces on emergency alert just in case, Clinton said he agreed with Washington's top brass that events had revealed "no evident alarming change" and that nothing ) so far warranted beefing up the 35,000 U.S. forces now stationed in the South. Asked what he thought of Kim Jong Il's prospects, however, the President admitted, "I don't know how to answer that."

Very few do. Said Arnold Kanter, a Bush Administration Under Secretary of State who conducted previous talks with Pyongyang: "What we don't know about North Korea is so vast that it makes the Kremlin of the 1950s look like an open book." The communist northern tier of a peninsula once known as the Hermit Kingdom has lived up to that name with a vengeance, enveloping its 22 million people in a bell jar of propaganda, thought control and mythology glorifying the Kims, often in public pageants that would dwarf a Cecil B. DeMille production. What factions may exist in the leadership, who controls them and what they stand for -- all are practically pure guesswork on the part of the most diligent outside intelligence analysts. What is reputed about Jong Il -- known as the Dear Leader -- is itself a mass of contradictions: terrorist and warmonger, or would-be economic reformer and peacemaker? A pampered, pouting sorehead indifferent to responsibilities, or a relatively shrewd go-getter who has mastered much statecraft?

The weight of opinion holds that this candidate for the first dynastic succession in the dwindling communist world cannot hold a candle to his father. The North Korean myths exalting Jong Il are so elaborate as to be hilarious. As with Kim Il Sung, who was said to have nearly supernatural powers and be in several places at the same time, Kim Jong Il's life is swaddled in layers of official fable worthy of a demigod. His birth was foretold by a swallow. A double rainbow appeared over sacred Mount Paektu when he was born. The mythographers have not claimed that he was suckled by a she- wolf and tutored by centaurs, but their hyperbole in other matters is nearly that far a reach. Jong Il supposedly has mastered all knowledge, and his thoughts are studied at great world universities. In fact, his only travels outside his homeland -- a cause of real concern for other governments -- have been to communist countries, plus a stint of studies on Malta.

That lack of exposure to nations outside the world according to Marx might, in the most alarmist view, cause him to gamble disastrously on the nature of his adversaries and his chances of winning a war. At the very least, analysts believe, he seems sure to try to consolidate power by not antagonizing the military.

It's noteworthy how, in the twilight years (months? weeks?) of the Dear Leader's wayward stewardship, we find ourselves asking much the same questions about how his son will rule.

* Just as South Korea is more critical of its purported ally Japan than it is of its outside-the-sphere neighbor China, which has arguably transgressed as badly as Japan but with virtually zero apology or admission of wrongdoing, Carter saw fit to censure a "friend" he had influence with, while foregoing such opprobrium directed at North Korea (which would no doubt piss off the regime there), with which he sees value in forming a relationship where the US might someday have influence. Not saying it's right, just that it is.