By now you might have read this post at The Marmot's Hole. No, not the part about Jessica Gomes's boobs, the other part about a study showing that Internet Explorer users were found to have lower IQs than users of other browsers.

No, seriously, not the part about Jessica Gomes. Try to keep up.

Anyway, after some used this new study to impugn the intelligence of over ninety percent of the South Korean population, it turns out it's all a hoax:


In a statement on its website, Aptiquant said it "was set up in late July 2011 by comparison shopping website AtCheap.com in order to launch a fake ‘study’.... The main purpose behind this hoax was to create awareness about the incompatibilities of IE6, and not to insult or hurt anyone.”

Well, I do agree with their anti-IE6 proclivities, but I'm not happy that they furthered the idea that social scientists are out purveying junk science in the process.

Anyway, I know you want it, so here it is: 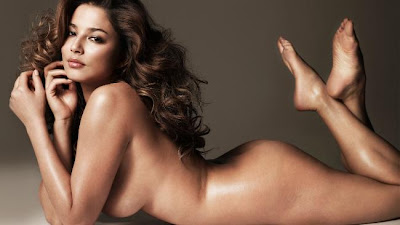 Kudos to Ms Gomes for going on a magazine cover san raiment and sans le Photoshop.

Email ThisBlogThis!Share to TwitterShare to FacebookShare to Pinterest
Labels: ActiveX was brought by the Devil, Internet Explorer, IQ, Jessica Gomes