Giving the Tohoku and Fukushima disaster-affected people what they need 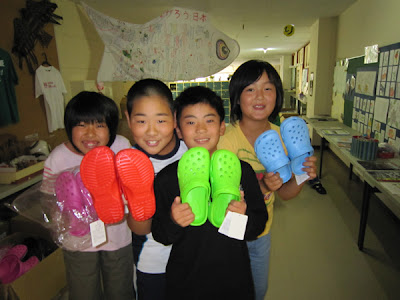 "M" has alerted me to a Japanese-language website, called Fukkoichiba (literally, "Revival Market"), that aims to directly connect donors to the victims of the Tohoku earthquake and the ensuing tsunami and nuclear disaster.

In short, it works by filling requests from the affected people with donors who will fill those specific needs. You can see the various items — flip-flops, various food items, cooking oil, Pocari Sweat, and even underwear — on the site and then go and buy the stuff. You can then leave your name or a userid that says you bought it.

Unfortunately, the site is only in Japanese right now, although "M," herself a busy student, offered to translate it into English so it could reach a wider audience. For now, though, the couple that set up the site on their spare time are lacking the resources to take it globally.

"M" noted that it's heartbreaking to see the stuff people still lack. Even all these months after the earthquake and the tsunami, these are the basic needs that people still are having difficulty getting. But that aspect of this site is what drew her to it: she remembers previous disasters where so much stuff that was not needed ended up being discarded. 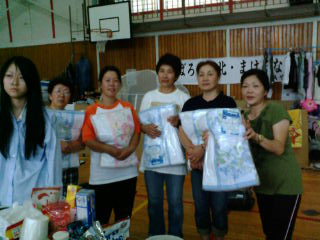 An added feature of this site is a blog full of pictures where many of the grateful recipients show the stuff they received (no, they are not standing around in the aforementioned underwear). Note that many of the people in the pictures are still living in gymnasiums and other places that have been covered into long-term shelters.

"M" felt that added an element of really feeling like you're accomplishing something with your donation, a bit different from sending money to a large organization like the Red Cross, which does extremely important work in an efficient way, but puts donations in a pool, thus preventing you from knowing where your money actually went.

Anyway, if there's anyone around you who can help you muddle through the Japanese on the site, go and see about donating. With the nuclear issue still unresolved and cleanup an on-going process, there's still a lot of need out there.