Is there a doctor in the house? 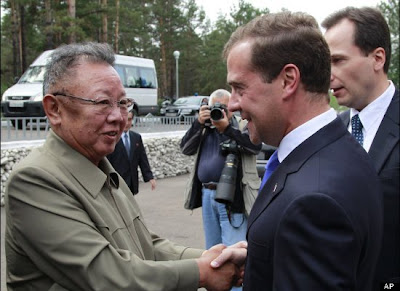 Anyone want to save me half an hour or so on WebMD and give me some ideas what the hell that brown patch is on the side of Kim Jong-il's head? 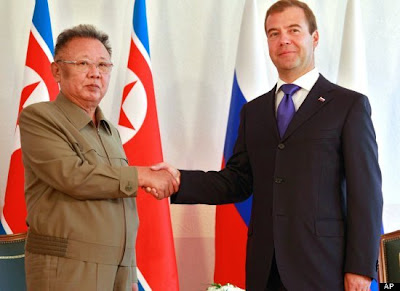 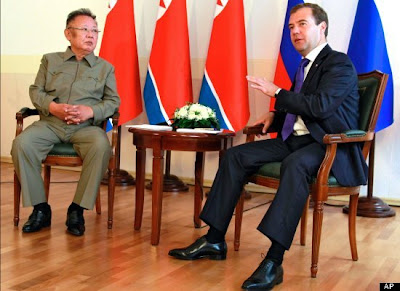 Maybe he agreed to this summit because he thought the President of Russia was Medvedev Doctor.

Okay, no more bad puns. I really want to know what's up with that. Did someone box his ears during an attempted coup that they're now trying to cover up, à la George W. Bush and the pretzel incident? 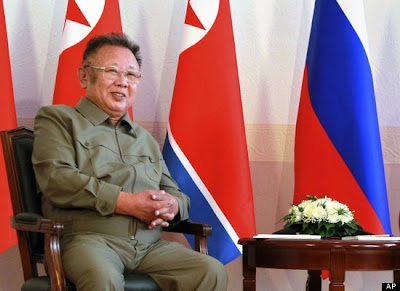 Is it the beginning of a goiter?

While we're at it, what do you suppose he's laughing at?