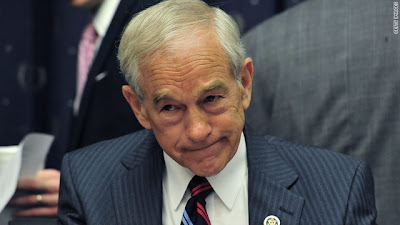 As Hurricane Irene barrels along the Atlantic Coast for maximum damage, Ron Paul says the nation would be much better off without FEMA and people in his district can get along just fine, like they did in 1900:


As Hurricane Irene barrels along the U.S. East Coast, Rep. Ron Paul of Texas said the nation would be much better off without the Federal Emergency Management Agency.

"I live on the Gulf Coast. We put up with hurricanes all the time," the GOP presidential candidate told CNN after a New Hampshire campaign event Friday. "There's no magic about FEMA. More and more people are starting to recognize that."

Paul has long been a critic of the agency, which he calls a "great contributor to deficit financing."

With more than 7,600 employees, FEMA falls under the Department of Homeland Security and coordinates response efforts when disasters strike.

Citing the Galveston hurricane in 1900 that obliterated much of the Texas coast, the libertarian-leaning congressman said Americans were able to rebuild their cities and put up a seawall without the federal government's help.

"FEMA is not a good friend of most people in Texas," Paul said. "All they do is come in and tell you what to do and can't do. You can't get in your houses. And they hinder the local people, and they hinder volunteers from going in."

In 1900, six to eight thousand people were killed (how's that for "putting up" with a hurricane?) when a hurricane and tidal surge hit what would later be his district. One wonders how many would have died with the same type of hurricane if there'd been a national warning system and mandatory evacuations of dangerous low-lying areas and then efforts to keep people away from dangerous post-hurricane conditions.


But I guess the mismanaged FEMA of the Bush43 era left an indelible mark in the minds of many people like Representative Ron Paul. It also underscores a general theme: Republicans are often very distrustful of government agencies because when they get control of them they muck it up. In all seriousness, there is a difference between effective government and incompetent government, and a good moderate (or Democrat) recognizes that and seeks to find the difference, while such Republicans as Ron Paul simply believe it's all bad and would just throw everyone to the proverbial wolves.