Has North Korea jumped the shark?

Tongues are awaggin' about how royally the Pyongyang regime has screwed up with the recent failed launch of a satellite, alleged by South Koreans, the Japanese, and the Americans to actually be a missile test. With the device blowing apart about a minute after take-off, it means fizzled plans and careers as much as it means a fizzled device.

The whole launch thing has led me to liken North Korea to a television show, but I think I'm going to take that analogy even further: Has North Korea jumped the shark? 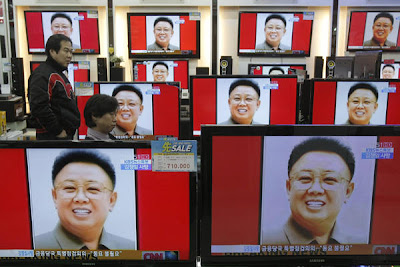 The DPRK may well be in its final stages. If television teaches us anything (and it does), it's that a show has jumped the shark when they cast some unknown kid in a central role. We can already see with the regime admitting to the people that it fu¢ked up that things have really turned a corner.

So how does it end? Is North Korea a giant snow globe in the hands of an autistic kid? Does Kim Jong-il wake up next to Suzanne Pleshette (they're both dead, but I'm guessing they reside in different parts of the afterlife) and talk about a weird dream he had a cabin in the mountains? Does Kim Jong-un huddle together with the octogenarian and nonagenarian generals and sing an old war song as they shuffle out the door and head to Mongolia?


Just as before, here are some of the possibilities for which I'll try to make an over-under for this gentlemen's bet (again, also open to ladies and English teachers):

Offer up your own, but give odds. Any of the above could happen (General Santa Anna ended up in Kansas City), so feel free to latch on to some variation of any of those. 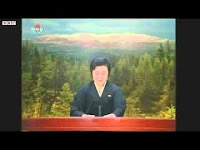