Is North Korea an episode of "Mythbusters"? 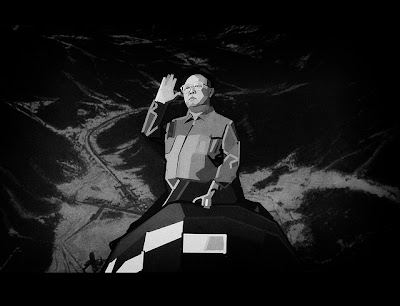 These would have been gentlemen's bets, of course (though they would be open to ladies and English teachers).

Well, I took too long to set all that up, and now it turns out the they've launched it. And according to US officials monitoring the event, it fizzled shortly after leaving the launchpad. Okay, who had "fizzled"? Congratulations! You win an internship with Captain Obvious.

Anyway, as we saw report after report (it was covered prodigiously on NBC, ABC, and CNN, not to mention AP) of the set up and the "satellite" and we heard from the engineers talking about what it's supposed to do, and we had all those cameras recording every minute and minutiae, I couldn't help but thinking: This is an episode of Mythbusters.

If you haven't seen the show, I'll describe it succinctly: It's about two nerds and their crew of nerds who like to shoot things in the air and blow stuff up. Really, the entire Pyongyang regime is Mythbusters.

And what they've proven in this episode is that North Korea is most definitely not ready for prime time, at least when it comes to rockets and missiles.

Sure, they'll say it was a success, and no doubt all the workers at People's Photoshop Manipulation Facility #4 and Workers Artist Rendition Production Facility #2 and #7 will be hard at work producing the pictures of North Korea from space that the satellite was supposed to be beaming down to a beaming Kim Jong-un. But the inner circle and the elite will know the truth, and this is a terrible disappointment. Heads will roll (literally).

And that's a good thing (except for any punitive executions). Because I imagine that among the factions (and even within various groups), there is real soul-searching about what direction to go in, and now they realize they can't keep putting all their eggs into the scare-the-sh¡t-out-of-the-neighbors-to-wrest-concessions-from-them basket. On the other hand, China's offering to teach us how to convert the economy in such a way that the privileged end up filthy rich, so maybe we try that direction for a while.

Oh, God. That sounded more depressing than I'd first intended, but it is a better choice than the status quo.

Kim Jong-un, old buddy, take notice of what happened. This failure to reach orbit is an opportunity, not a setback. Let's talk; you know how to reach me.