Is "Korean rage" a real thing? 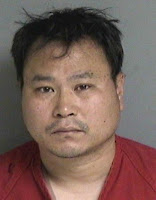 In the wake of the mass shooting at Korean-run Oikos University in Oakland, by a South Korean immigrant, child psychiatrist Winston Chung writes in the San Francisco Chronicle about the prospect of hwabyŏng (화병/火病).

It includes a scholarly description of the psychological ailment, courtesy of the World Cultural Psychiatry Research Review:


Hwabyung, which means anger (fire) disease, is a culture-related anger syndrome in Korea. The symptoms include a subjective feeling of anger with anger-related bodily and behavioral symptoms. The symptoms seem to symbolize the nature of fire (anger) and its suppression and/or release. According to the patients' explanation, reactive anger, resulting from being a victim of an unfair situation, must be suppressed so as not to jeopardize harmonious family or social relationships. However, if the unfair situations continue, the suppressed anger "accumulates and becomes dense”, and finally causes a disease. Defense mechanisms related to hwabyung were found to be suppression, inhibition, withdrawal, somatization, and oral consumption. The concept of hwabyung seems to have been shaped by Korean people's socio-cultural experiences throughout history. Such historical experiences have developed a unique, collective emotional reaction called ‘haan’, which is a chronic suppressed anger resulting not only from the tragic collective national history, but also from a traumatic personal life. Accordingly, hwabyung shares many components with haan and seems to be a pathologic form of haan. Additionally, hwabyung and haan are commonly related to other Korean cultural heritages including shamanism, traditional medicine, the culture of the relationship (“jeong”) and collectivism, and the traditional philosophy of the ‘han’ in Korea. Finally, a suggestion was made regarding the conceptualization of an “anger disorder” based on the studies of this anger syndrome.

There's a chicken-versus-egg thing going on there: How much do hwabyŏng, chŏng, and han exist in their own right, and how much do people see themselves fitting universal difficulties into these cultural narratives of psychological distress and behavior?

Anyway, Winston Chung sort of fits the case that the killer One Goh was afflicted with this, though I'd be loath to give cover to what was garden-variety mental illness that should have been treated long before.

And like I suggested before, the last-chance saloon that is the United States for many immigrants from dog-eat-dog South Korea may attract a slightly disproportionate number of South Korean misfits, including some who suffer from undiagnosed mental illness.

Wow. I've said that twice now and so far the Netizens haven't attacked.

Email ThisBlogThis!Share to TwitterShare to FacebookShare to Pinterest
Labels: murder, Oikos College, some kyopo are evil