Seoul court upholds the right to troll (or to be anonymous, depending on your POV)


For fans of good social order, the so-called "real-name system" (실명제?) was supposed to prevent social breakdown on the Interwebs, a world where people could don fake identities and viciously attack others, particularly those who were good and honest and used their actual identities online. 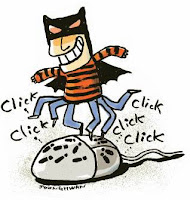 For fans of "free speech," however, the real-name system stifled expression, preventing people from saying things they wanted to say but could not or would not because their words would be attached to real-world identity, and they, too, could be viciously attacked by powerful (or unscrupulous) others hell-bent on snuffing out opposing viewpoints.

Well, a Seoul court came down on the side of "free speech," saying that the "Real-name System" was unconstitutional.


In a major victory for free speech activists in South Korea, a top court on Thursday ruled unconstitutional a law that required Internet users to verify their identity before posting comments on major local Web sites.

South Korea introduced the so-called real-name identification system in 2007 for nearly 150 popular Web sites with more than 100,000 visitors a day, including some newspaper sites.

The regulation was adopted amid widespread concern that Internet users were deluging Web sites with malicious and defamatory comments and false rumors; in a few cases, such statements were blamed in the suicides of celebrities.

But free-speech advocates condemned the rule, arguing that the government was using perceived abuses as a convenient excuse to discourage political criticism. They feared that people would censor themselves rather than provide their names, which would make it easier for the government to find and possibly punish them.

On Thursday, an eight-judge Constitutional Court panel unanimously ruled that the restriction violated the right to free speech.

“Restriction on freedom of expression can be justified only when it is clear that it benefits public interests,” the court said in its verdict. “It’s difficult to say that the regulation is achieving public interests.”

From a social science standpoint, this reversal of policy may yield an interesting contrast in a useful "controlled" setting: Will online behavior become more trollish now that people are freed from the shackles of using their own ID numbers (or having to pilfer that of others), or is it already trollish despite implementation of the real-name system? Will people be more willing to say things that criticize the government? Will we see the advent of rumormongers who can attack others with impunity?

Or will nothing really change at all?