In the Washington Post, we hear that Apple has a smoking-gun memo showing that Samsung acknowledged virtual copying of Apple icons. A devastating blow in the frenemy war between the two companies:


Apple Inc. alleged that Samsung Electronics Co. changed the design of its smartphone icons to resemble those on the iPhone, supporting its claim with an internal Samsung document presented to a jury in California.

At its multibillion-dollar patent trial in federal court in San Jose yesterday, Apple displayed excerpts of a 2010 internal Samsung report in which the South Korean company did a side-by- side comparison of its icon designs next to those of the iPhone. The report recommended that Samsung alter icons that weren’t as user-friendly as those on Apple’s devices.

Susan Kare, a former Apple graphics designer paid $80,000 to be an expert witness, said the icons for the companies’ current competing products -- both are square with round edges and displayed on the device in rows of four -- are “confusingly similar.” Kare also told the jury that she mistook a Samsung smartphone for an iPhone while visiting the office of Apple’s lawyers. 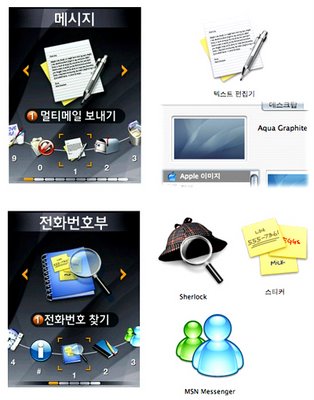