Another Hollywood remake of a Korean film? 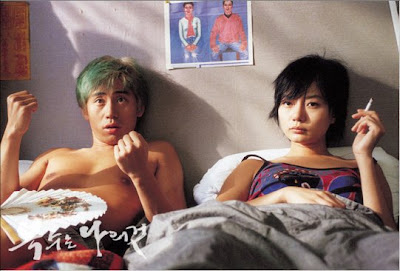 Over at Brian in Chŏllanam-do's site, we get word of a possible remake of Sympathy For Mr. Vengeance.

But some of the films they've talked about remaking — Oldboy and especially JSA come to mind — just shouldn't be redone. Taking them out of their original context distorts the mixture of the original elements that made the original what it was and enervates the story. If there is a situation where a new retelling with a new venue and new actors can enhance the original, so be it, but it's usually a desire for profits that is the primary motivator.

Could the story of JSA be better told somewhere else? If not, why bother? With Sympathy, however, there is no such necessary tethering to a Korean (or other Asian) setting for it to work. The same thing could be set in, say, rural New Mexico and it could still be a satisfying movie, potentially at least. But still, it brings me back to the original question of why can't American audiences be bothered to see the original. After all, it's a chance to see Bae Doona's boobies.