Blogger down and crawling its way back up,
More news on Seoul Station attack

I do not know what was up with that, but for most of the day yesterday it was impossible to post anything. Also my user name temporarily changed, as did my location.

Anyway, it appears to be up. While I'm obviously able to post this right now, my most recent posts, including lengthy one I wrote about the explosion of gas bombs that occurred at Seoul Station and Kangnam Express Bus Terminal, has dissipated into the ether (Blogger says they're aware of that and working on it). I guess it could be worse: Brian in Chŏllanam-do appears to have lost all but one post over the last month (I kid! I kid! Enjoy Pennsylvania with your new bride! I have no social life.). 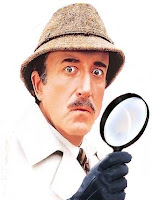 Meanwhile, we're getting police reports that authorities believe the devices were set up by a disgruntled attention-seeker (i.e., the "Namdaemun model"), which was one of three possibilities I'd assumed. (The other two being a hastily planned terror attack in the wake of Osama bin Laden's sudden demise and North Korean fifth columnists; I made a better case for them in the longer post).


Seoul police said yesterday that the explosives that went off in Seoul Station and the Express Bus Terminal on Thursday were homemade devices that could be made with a “high-school grasp” of knowledge and that the parts used could easily be bought at large supermarkets.

“Based on our experts’ opinions, we feel that the suspect does not have professional knowledge of explosives and we strongly believe that this was a person who had ill feelings against society or wanted attention,” said Lee Sang-jeong of the Seoul Metropolitan Police Agency. “After analyzing the evidence found, the brands of the hiking backpack and timer batteries from the two locations matched.”

The JAD article then goes on to tell you exactly how to make such a device. You know, just in case you are a disgruntled attention-seeker who decides to take it out on my 'hood.