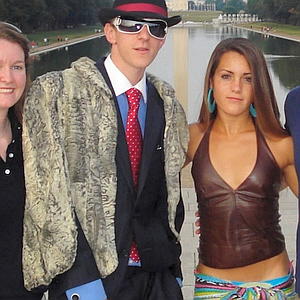 When I heard that James O'Keefe was behind the gotcha video that led to the ouster of a fundraiser of NPR and then the publicly funded network's chief, I figured it would eventually turn out that the video we first saw when this news came out wouldn't quite be the same as the raw video that would be released later, after the damage is done, much like with the videos that took down the mighty oak that was ACORN.

I was not disappointed.

Sure, I'm not going to take NPR's word for it that NPR was wronged, but if the editor-in-chief of Fox News's The Blaze "felt like that wasn't the whole story," I think it lends credibility to NPR's claim of being wronged.

An excerpt of NPR's piece on the NPR fiasco:


Upon their release last week, O'Keefe's videos gave fresh life to the push by Congressional Republicans to strip federal funding for public broadcasting. In the shorter video, Schiller appears to be saying that NPR would do just fine without federal dollars, though some stations would go dark. On the longer tape, it's clear Schiller says it would be disastrous in the short term.

"Except for a couple of unfortunate forays for political opinion, I think that Ron Schiller actually did a fairly remarkably good job of explaining how NPR works and what you can and cannot expect if you contribute money to the NPR Foundation," Tompkins said.

Blaze editor Baker said he emerged from analyzing the tapes with a surprising degree of respect for the professionalism of the two NPR executives, Ron Schiller and Betsy Liley.

"I think if you look at two hours in total, you largely get an impression that these are pretty — they seem to be fairly balanced people, trying to do a fairly good job," Baker said.

In recent days, several influential journalists have written that they regret giving O'Keefe's NPR videos wider circulation without scrutinizing them for themselves, given his past record and some of the objections that the Blaze first raised. They include Ben Smith of Politico, James Poniewozik of Time magazine and Dave Weigel of Slate.

"The speed at which the media operates when a video comes out is a problem," Weigel said Sunday. "I mean, the rush to be the first to report on a video — and, let's be brutally honest, the rush is to get traffic and to get people booked on [cable TV] shows to talk about it — and that nature leads you to not do the rigor and fact-checking that you would do in other situations."

It seems to me now that neither of the unrelated-to-each-other Schillers should have been fired, not over this anyway. Fundraising Schiller had already been scheduled to leave but now he has lost his job at the Aspen Institute, which doesn't seem right. 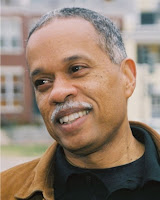 Chief Schiller, on the other hand, has been a tad radioactive since the very messy firing of Juan Williams for expressing his opinion that he feels nervous when he sees Muslim-looking people on the plane he's flying in, sort of the way some non-Blacks do when they see people who look like Juan Williams walking toward their car in a parking garage.

Although I have an appreciation for investigative journalism, I'm not a big fan of gotcha media, and I certainly think before people are axed or their organizations slashed — as happened with Shirley Sherrod, ACORN, and now the Schillers and possibly Ms Betsy Liley— someone should be listening to the whole thing.

Show some frickin' backbone. Don't be so afraid of looking soft on your fellow liberals, progressives, or moderates that you'll throw one or two of them under the bus at the first sign of boo! uttered by conservative media outlets.

Oh, and if you found my comment up there about Black people in parking garages a bit over the top, well, that was sort of the point.

UPDATE:
Over at The Marmot's Hole, frequent commenter αβγδε (stress is on the γ) has provided a link to an interesting discussion that itself points to The Blaze's actual piece.

Email ThisBlogThis!Share to TwitterShare to FacebookShare to Pinterest
Labels: NPR