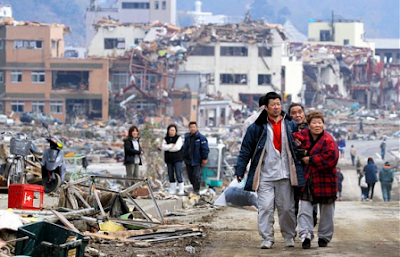 Over at ROK Drop, GI Korea poses the above question (also asked at CNN and elsewhere), with some concluding that "Japanese are far more developed humans than Koreans will ever be" (it's a K-blog comments section, so what would you expect?).

I've been discussing this very thing with "M" and some other people from Japan or who have lived in Japan, and these are the conclusions we came up with: 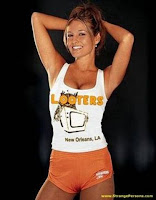 Back at ROK Drop, the discussion diverged into how South Koreans would handle such a disaster. I believe that what would happen is that there would be little or no looting, but there would be a lot of pushing and shoving at some (not all) of the areas offering assistance, as well as a lot of yelling at aid officials.

Back to Japan, some are offering other answers, and I myself would like to submit that the no-looting condition of Japan is not only a goal for other places, but is also an achieved state in many cases. There was little or no looting after 9/11, nor after the major quakes that struck California in 1989 or 1994 (I think).