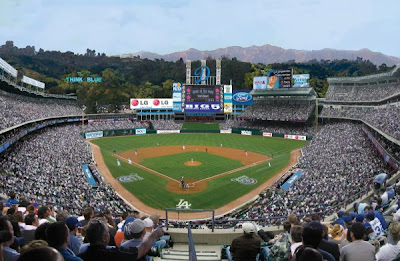 Remember when there was the possibility that E-Land, Korea's largest retailer you've never heard of, was going to buy the Los Angeles Dodgers?

Well, I remember (which is quite a feat since we're at 4109 posts and counting). And it turns out that E-Land's bid lost to the one proposed by Magic Johnson and his consortium.

They will pay $2 billion for the boys in blue, the largest amount ever paid for a sports franchise in North America.

It's not clear how this affects a proposal by South Korea's LG CNS and Dodger legend Orel Hershiser to renovate aging Dodger Stadium.