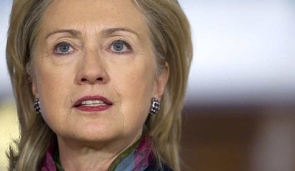 The US is really trying to get its allies on board with sanctions against Iran aimed at ending its possible nuclear weapons program. Secretary of State Hillary Clinton specifically cited South Korea in her plea to join the US effort:


The Obama administration said Friday it was helping South Korea and other nations look for new energy sources to wean themselves from Iranian oil so they can contribute to a U.S.-led effort to chip away at the $100 billion in oil revenues Tehran earned last year.

Secretary of State Hillary Rodham Clinton said the goals of U.S. sanctions against Iran are simple: to stop the flow of cash to Tehran and demonstrate global unity against the Islamic republic's nuclear program.

American legislation demands countries around the world cut their oil intake from Iran, but Asian countries that purchase the majority of Iranian oil are resisting severe changes that might hurt their economies.

"No country understands the threat of nuclear weapons from a neighbor better than" South Korea, Clinton said after a meeting at the State Department with South Korean Foreign Minister Kim Sung-hwan.

"We recognize the difficult decisions and even the sacrifices that we are asking from other countries in order to increase this pressure on Iran," she told reporters. "Reining in a dangerous government is not easy."

U.S. efforts to get Asian countries, allies and competitors alike, to cut their oil imports from Iran have been difficult. In 2011, Japan, South Korea, India and China accounted for 60 percent of Iran's oil sales.

South Korea and Japan have been seeking waivers for a US law on Iranian sanctions that goes into effect soon. Mrs Clinton also said China needs to stop repatriating North Korean refugees.