Would most Chinese oppose their government on North Korean policies? 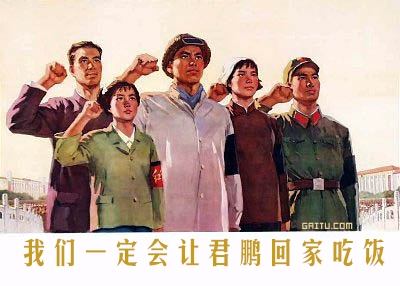 If they knew about them, that is (a big if). Judging by this pice in this post in Tea Leaf Nation, perhaps the answer is yes (HT to commenter Jeremy at OFK):


A strong majority of netizens on Sina Weibo, China’s Twitter, alternately begged and demanded that China’s government let the North Korean defectors stay, or at least not repatriate them to a “hell” that means “certain death.” @而而特退热 commented, “I saw a video of North Korea; how scary.” Voicing a common sentiment, @复活的愤怒小马 wrote, “These people will be shot as soon as they are repatriated; how can you take your disdain for human life to this level?”

Such brave viewpoints — the post starts with one netizen calling it "international murder" — are in sharp contrast with China's official view. As Beijing walks the fine line between maintaining a tight grip and not squeezing so hard that they turn the people against them, one wonders how this issue will turn out, or if it will soften Beijing's actions against North Korea defectors in the future.

I'm not holding my breath.

Today, by the way, is March 1, a national holiday called March First Movement Day (depending on how you translate it), though some like me prefer to call it Independence Day. See here for a rundown on what it means. Given the overbearing role China has been taking toward South Korea, and its control of North Korea as a virtual vassal state, today might not be a bad day to go and demonstrate downtown. The weather's nice.