Romney wins in Puerto Rico... Could this be a harbinger of a Romney-Fortuño ticket? 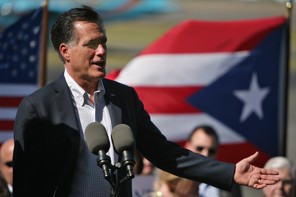 Congratulations to former Massachusetts governor and Obamacare inspiration Mitt Romney for winning the delegates from a territory that doesn't actually have an electoral voice in the November election! (Actually, despite that little bit of snark, I think it's great that the two major parties include Puerto Rico, the US Virgin Islands, American Samoa, the Commonwealth of the Northern Mariana Islands, and Guam in the primaries.)

This got me wondering out loud again about the prospect, which I touted last summer (here and here), of Romney (if he wins the nomination) having Puerto Rico's GOP governor Luis Fortuño as a running mate. He's an intelligent leader, he meets all the criteria, and having a Hispanic on the ticket might tip the race in a lot of swing states and maybe even give the Democrats a run for their money in New York, where hundreds of thousands (millions?) of ethnic Puerto Ricans reside. 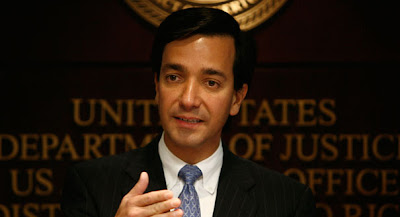 (I would suggest that Rick Santorum do the same, but he said he's not willing to have any Puerto Ricans on his ticket until they learn English. I kid! I kid! I kid because I love... to kid!)

Tapping Governor Fortuño might be a better move, strategically, than what the Ron Paul camp may have up their sleeves. Having not come in first in any race so far, the libertarian darling is angling to have himself or his son (US senator from Kentucky Rand Paul) in the VP slot of the Romney ticket.

This would bolster the conservative credentials of Mitt Romney in the eyes of Tea Partiers (or rather, counter the liberal credentials they perceive him to have) and prevent a lot of them from sitting out in November 2012 because they are loath to vote for a RINO (Republican in name only).

Ron Paul serves a useful purpose as the conservative conscience of a country that has been spending too much since the Reagan era (minus a few years of Clinton), but he is too naïvely simple and obstinate to handle complex issues, be they domestic or foreign. The idea of him a heartbeat away from the presidency is downright frightening (we probably wouldn't start any wars, but he'd be leaving a geopolitical mess for whomever comes after him). I'm not sure how many of his father's ideas Rand Paul shares, but if he's got more than half of them, no thank you.