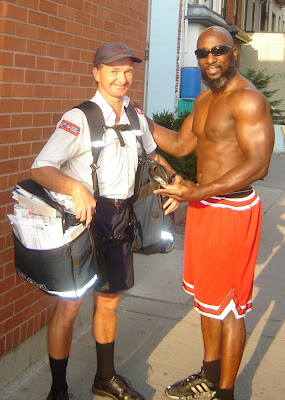 Dear Kushibo,
I'm the manager of a language institute in Sŏcho-gu, a tony district of southern Seoul. We're in desperate need of a new instructor, but we're not so desperate that we would hire a Black person.
Is it okay to write this in the ad, or should we just tell prospective applicants who look African-American that the position is already filled?
Signed,
Touchy in Taechi-dong
-+-+-+-+-+-+-+-+-
Dear Touchy,
You stupid, effing idiot. Why the fu¢k should you care if a teacher is White, Black, Asian, or whatever? If they are qualified, then it doesn't matter, and you know that. If you think your students' parents won't tolerate a Black teacher, then it's up to you to school them that skin color has nothing to do with the teaching ability of a college-educated native English speaker. It's people like you who make Korea look so effing racist and xenophobic. I hope your hagwon crashes and burns.
Yours,
Kushibo

The above is an exaggeration, but only slightly so. Brian in Chŏllanam-do has brought to our attention a job advert posted by someone urgently looking for a teacher, but not so urgently that they would consider Black folk. I posted in his comments section the email I actually wrote to the company, which is a much more diplomatic response than the one above. (Kushibo knows kibun.)
I wonder if my threat to contact all those government agencies will be effective. After all, I suspect that this company is sending out its teachers to private lessons that may not be entirely legal.
UPDATE:
Wow, that was fast. I received the following response to my email (the one I posted at Brian's, not the one above):


okay sorry about that, but that's just how koreans are. I will change the advertisement, though.

Of course, we'll have to see if they follow up on that. And maybe make sure that the glass ceiling isn't simply moved over from the advertisement to the interview. Of course, Kushibo could not let the "that's just how Koreans are" part stand, so I wrote the following:

I appreciate your willingness to change the ad. You are doing the right thing, and I know that it is difficult to deal with archaic attitudes that are based on entrenched stereotypes.

But I feel that it is wrong to brush this off with "that's just how Koreans are." For quite some time, I have worked toward doing the same thing — getting companies I do business with to accept kyopo and Black workers, so I know first hand that many Koreans are very accepting of the idea. Those that were not accepting were usually afraid of the problem that others would have if they hired a kyopo or African-American.

Again, thank you for making that change.

Kushibo is diplomatic, but also persistent.
UPDATE #1
The ad has indeed been changed. Still, I think a bit of follow-up would be in order. It would be nice if I had an African-American friend in Seoul right now with an F2 or F4 visa, but all such people I know have been outside Korea for a couple years now. Well, I guess I could hire someone who says they have an F2 or F4 visa. Any takers?
(One quarter-Korean kyopo I know looks entirely Black, with few discernible Korean features, and only the kind you would pick up on if you already know she has one-fourth Asian ancestry. Thus, it wouldn't be a stretch to have a 100% Black person walk in, for the purposes of checking up on this, and say they are on an F4 visa, but it might be an easier story just to have the person say they're married to a ROK citizen and living on an F2 visa.)
UPDATE #2:
Hwarangi (of A Long Time Ago When a Tiger Smoked a Cigarette) pointed out another ad where they are looking specifically for Blacks/African-Americans. While I will make no assumptions about whomever placed this particular ad, I know of cases where hagwon (학원; extracurricular institutes, used by Anglophones to refer especially to English institutes) owners sought teachers from groups that were typically discriminated against for English teaching: kyopo (교포; overseas Koreans) and Blacks.
The reasons were varied: a desire to do the right thing and help reverse blatant discrimination by other hagwon managers, and/or a recognition that one could more easily get better qualified instructors from higher ranked schools by focusing on those who were not getting work elsewhere simply because of their skin color.
on March 03, 2009