"The unluckiest town on Earth."

I encourage anyone I know who travels to Japan — be they Koreans, Americans, etc. — to be sure to visit two places: Yasukuni Shrine's Yushukan Museum, which lays out with pride and frankness the all-excuses-no-apologies version of modern Japanese history, and Hiroshima's Peace Memorial Museum, which starts out by doing nearly the opposite. The two are like bookends for the contemporary Japanese mindset. 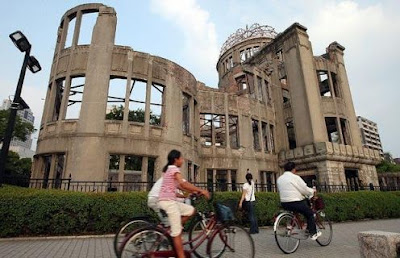 The displays in Hiroshima make the case why the Americans should not have dropped the bomb on Hiroshima and Nagasaki, of course, but they also make crystal clear that the war of aggression itself was ultimately the fault of Imperial Japan, and that millions of innocent people across Asia suffered or died as a result. 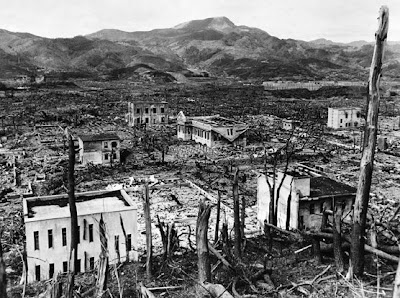 It is keeping within that spirit that about half a dozen of the displays specifically go into detail about the Koreans who died alongside Japanese on August 6, 1945. As many as twenty percent or more of the victims in Hiroshima and, three days later, in Nagasaki were Koreans. Some were forcibly mobilized there while no small number were there by choice (many Koreans, ironically, had more educational and economic opportunity outside Korea than in it).
It is faulty revisionist fiction to say that most Koreans thought that two atomic bombs dropped on Japan was not enough. Koreans in 1945 knew that Japanese cities were full of Koreans; more bombs would have meant more of their uncles, aunts, siblings, cousins, and even parents dead. The American-made Fat Man and Little Boy may have killed more Koreans in the first half of August 1945 than the Japanese did in the entire four decades of colonial rule. 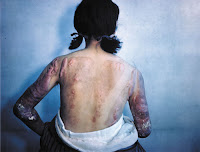 Many Japanese in Hiroshima are keenly aware that their neighbors across the strait suffered along side them. Japanese media carries stories of those who were affected. It's no surprise, then, that some of the displays in Hiroshima tell of efforts to help the Korean hibakusha (被爆者/피폭자; i.e., "explosion-affected people"). These include efforts by citizens groups in Japan to build the Korean Hibakusha Medical Center in Hapchon-gun County (함천군/陜川郡, hap•ch'ŏn•gun; also spelled Hapcheon-gun).
Hapchon-gun was a farming community in South Kyŏngsang Province that was especially badly affected by the atomic blast. Shipped to Japan to work in munitions factories, thousands were killed at the moment of the blast or in the hours or days afterwards.
It is the people of Hapchon that are the focus of a moving piece in the Los Angeles Times. The catalyst for the story is the 300 Hapchon residents who will join other hibakusha from South Korea and elsewhere in a lawsuit against the Japanese government asking for wartime reparations. 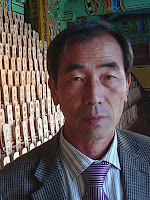 The article goes beyond just the legalities of the case, telling the sad story of suffering and prejudice that the atomic survivors have had to endure, both in Japan and in South Korea (the plight of North Korean survivors isn't particularly rosy either). Among them are the man at left, Shin Jin-tae (신지태, shin chin•t'ae), the head of a group of survivors in Hapchon.
The story goes into too much detail for me to give it justice here, which is why I chose instead to focus on my own take above. This is one of those stories where the good guys are Japanese and South Koreans, but so are the "bad" guys, particularly those in government who have neglected these largely powerless people.
on March 07, 2009

Email ThisBlogThis!Share to TwitterShare to FacebookShare to Pinterest
Labels: Hiroshima, looking back on Imperial Japan, Nagasaki