This morning I wake up and the first new post I see is at Brian in Chŏllanam-do's website, announcing the tragic news that actress Jang Ja-yeon (장자연, chang chayŏn), who plays Sunny on "Boys Over Flowers," has committed suicide (I'm still looking for an English-language news source to link, but the Drama Beans blog has a good write-up). 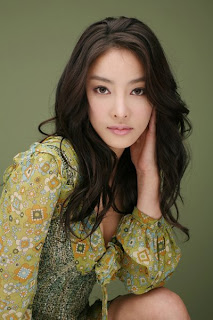 This tragedy (and I tend to label any suicide of a healthy person as a tragedy) is not an isolated event, but a string of such incidents that can rightly be considered an epidemic within the celebrity community.
Most notable among these is the death of Choi Jin-sil (최진실, ch'oé chinshil), but there have been plenty of others, including the death of "Brotherhood" lead actress Lee Eunju (이은주, yi ŭnju). This site on Korean pop culture has a post following a celebrity suicide last year, which talks about the so-called "Werther Effect" as a factor in this string of deaths.
I have never seen "Boys Over Flowers," but I have heard plenty about the so-called "ubiquidrama." My greater concern is that suicide among these performers ends up modeling "acceptable" behaviors for everyday people in South Korea, where suicide is already at astronomical rates.
In other words, these public suicides of well-known figures have the disturbing effect of making the killing of oneself seem favorable and normative. And for people already not thinking straight, normative and normal seem to overlap.
In all seriousness, the entertainment industry in Korea needs to face this problem head on. Set up a task force or something and make sure that all the people who go on stage are checked for psychological problems and have easy and non-judgmental access to mental health care.
That last part is the hard part. Even more so than in the West, there is a tremendous stigma associated with seeing a mental health professional. The solution itself may have to rely on media images to make this brave act itself normative: Perhaps get a celebrity who knows she/he needs help and do a reality program where she/he seeks and gets the help that is needed and comes out the other end much better.
It would have to be a brave person, because if the program backfired, it could be a career killer. If it worked and this type of program became a catalyst for other celebrities and regular folk seeking help instead of committing suicide, the celebrity would be praised as a hero. Hmm... instead of talking about what other people should do, maybe I should use my own professional resources to get this done myself.
Then perhaps some good can come out of this latest tragedy.
Jang Ja-yeon et al, requiescant in pace.
UPDATE:
Seoulfull reports that Ms Chung had made a phone call at 2:30 p.m. that day, stating that she couldn't handle the pressure of contract and work problems and that she wanted to die.
One thing that must be made crystal clear: If someone calls you and tells you they want to die, take it seriously. Always take it seriously. It is better to be embarrassed for overreacting to that than to feel tragedy for the rest of your life thinking you could have stopped it.

For the person thinking about suicide, that kind of call is a cry for help. It's often a desperate, feet-on-the-ledge cry for help that should not be ignored. (And in case you're wondering, yes, I have been in that call-receiving position. I was a teenager at the time and didn't fully understand what was happening, although in the end tragedy was averted.)

Sadly, though, even if someone takes that call and tries to help their suicidal friend or loved one, too few people know of what resources are available to them in South Korea, and that perceived humiliation associated with mental health services prevents people from going even if they do know how to get it. As I've said, the Korean media needs to do something — right away — to end that impression.
on March 08, 2009