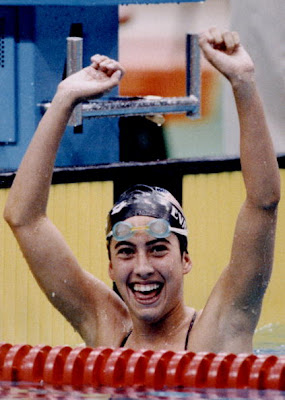 The New York Times has a piece on Janet Evans, an OCer who made headlines by earning five medals in South Korea during the summer Olympiad. At the age of forty, she's planning a return to the Olympic pool, even though she hasn't competed in an Olympics since the Atlanta games in 1996.

I wonder if there are any other 1988 Olympians who might show up in London this summer?