And speaking of lame apologies for silly racist crap...

Remember the Hoekstra political ad that was supposed to depict a Chinese (or Vietnamese) worker taking jobs from hard-working Americans, the one that included an Asian woman talking in a bad faux fob accent? 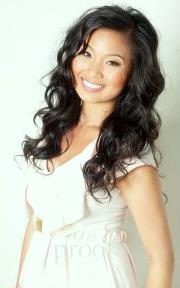 
I am deeply sorry for any pain that the character I portrayed brought to my communities. As a recent college grad who has spent time working to improve communities and empower those without a voice, this role is not in any way representative of who I am. It was absolutely a mistake on my part and one that, over time, I hope can be forgiven. I feel horrible about my participation and I am determined to resolve my actions.

And she didn't realize this before she did the ad?

Okay, I'll cut her some slack, but I can't help but think she'd be lacking in remorse if there hadn't been a shitstorm of criticism.

Frankly, this kind of thing is as old as electronic mass media. Racist depictions of Asians in the media are almost as old as shucking and jiving. What really gets me is the "if I didn't do it, then someone else will" rationalization. I know a lot of foreign television personalities in Korea, and I once asked one of them in particular who is known for his clownish demeanor that is so bad it makes all big-nosed people look like buffoons why he chooses to do that.

"It's what Koreans want to see," he told me, "and that's what I'm giving him." I tried to convince him that that was bull$hit, that if he actually did try to avoid dumbing things down, he might be able to reach the audience on a different level, but he was too far gone with the dollar signs in his eyes. Oh, well. Rant over.

Email ThisBlogThis!Share to TwitterShare to FacebookShare to Pinterest
Labels: Hoekstra, On the Media, racism