North Korean refugees in China to be forcibly repatriated?

I've been meaning to write about the two or three dozen North Koreans being held by the People's Republic of China authorities who are set to be returned to North Korea where they will almost certainly face torture and imprisonment and very possibly worse, but I'd hoped to write a serious and comprehensive post on the matter.

The time for that hasn't yet materialized, so instead I'll direct you to One Free Korea, where this post not only talks about this issue but gives some suggestions where you can send letters to Chinese authorities about the matter. Perhaps if they are getting enough bad press, they'll pay attention.

And then there's this case of a Chinese businesswoman being sentenced to death for white-collar crimes, which is wrong for so many reasons (see how many of these anti-death penalty positions apply). I'll get to that later, too. 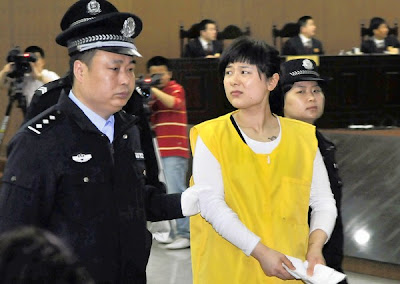