Maybe she should plead "Linsanity." 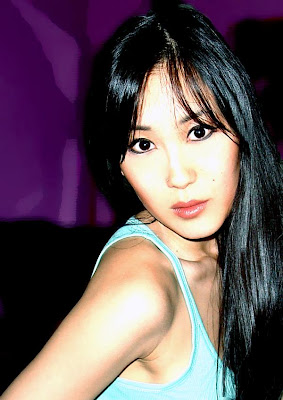 "No, I've never seen nor heard of this woman in my life."

That's what everybody in kyopodom is going to do to the now radioactive Jenny Hyun, a songwriter for Girls' Generation and ChoColat who posts things like this [UPDATE: It's since been removed, but I have an archive of it]... 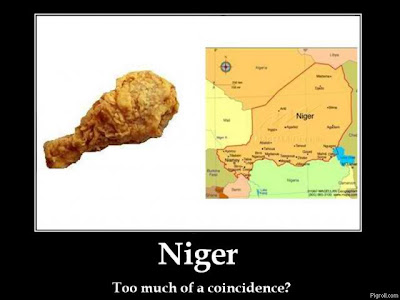 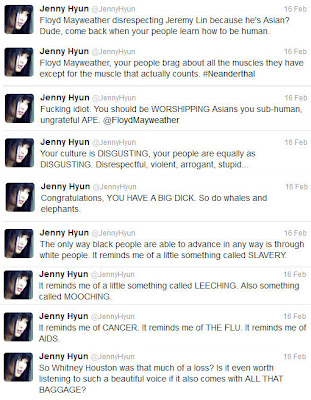 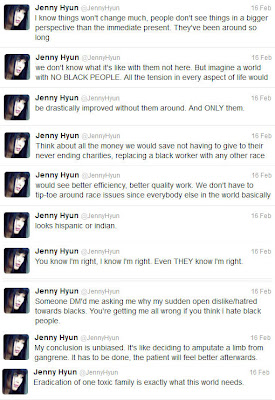 Linsanity indeed. It bears reminding, people of K-pop, that tweeting, cyworlding, and facebooking are forever. Also, defending against racism by using racism is just plain stupid.

Anyway, just like the watermelon mayor in Orange County, this kind of public display of your own racial boneheadedness just doesn't fly. And Ms Hyun is from America, so she can't claim cultural ignorance like LG was able to (briefly).

I do have sympathy for people who inadvertently step over the line (e.g., "You people," "Was the term 'spic-and-span' derived from Hispanic housekeepers?" — if innocently asked — etc.), but Jenny Hyun knew exactly where the line was and she proudly trounced all over it. This only hurts other Korean-Americans and other Asian-Americans attempts to bridge the chasms of misunderstanding that still exist between Blacks and Asians, especially Koreans. No doubt a lot of Blacks are thinking, "Yup, just as I thought, this is what they really think of us," which is itself kinda sorta racist (the lumping altogether aspect, that is).

The only possible defense I can imagine for Jenny Hyun is if she can prove someone hacked into her accounts (which has happened to my email accounts in the past, so it's not outside the realm of possibility).

UPDATE:
Kinda sorta related, The Daily Show With Jon Stewart had a hilarious take on Blacks-versus-Asians in relation to all the aforementioned Linsanity: