From my inbox this morning, the kind of thing I get every now and again ever since I bought a die-hard Republican voter a gag bumper sticker. I found this one amusing (and simultaneously disturbing), so I thought I'd share (as I've done in the past).

Apparently, this is how the right sees America under President B. Hussein Obama (click to zoom): 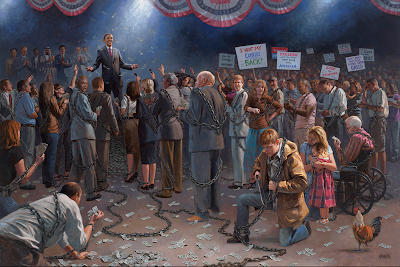 Frankly, I had no idea that Kim Jong-il was behind The One's rise (see upper left corner). A good trick, considering that he's dead, but the Dear Leader is not the only dear departed to grace this artist's work:


Where's the outrage?! Our debt is $15 trillion and Obummer is responsible! And he's so arrogantly standing on the Constitution, while ignoring this poor White boy that has Reagan, Lincoln, Washington, and some other guy in a wig so concerned.

Anyway, I think the young man in the foreground was inspired by Keanu Reeves: 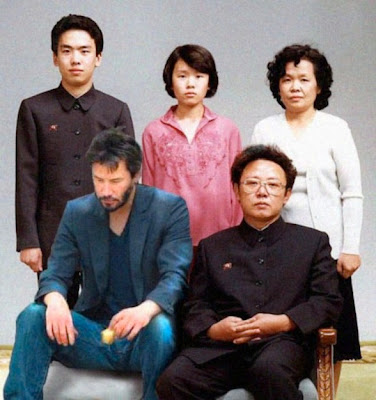