"Intermarriage" on the rise in US 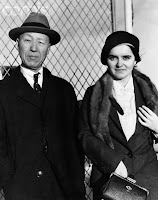 For people from South Korea or who have lived in South Korea for a long time, the sea change in attitudes toward so-called "international marriage (kukche kyŏlhon, 국제결혼) is absolutely striking. Although President Syngman Rhee's wife was a Caucasian woman from Austria and one of the royals was involved with a Caucasian woman from the United States, what would be called interracial marriage in North America was, for a long time, seen as a curiosity and often frowned on as something only low-class women would do (a vestige of the hard times encountered by many women during and after the Korean War).

Nevertheless, changing attitudes and shifting demographics have led to the situation we have in South Korea today, where one in three marriages in rural areas and one in eight marriages across the country are between a Korean and a non-Korean. (Those same changing attitudes have also led to a far higher divorce rate between Koreans, but that's another story for another time.)

In fact, it seemed exogamy (the sociological term for marrying outside one's group) was, for a while, more common in South Korea than in the United States. But a recent Pew Research Study report that utilizes 2010 Census Bureau data indicates that intermarriage is far more accepted and far more common than before. And this is especially true for Asian Americans and Hispanics.

As one might expect, this is not evenly applied across genders:

I've always thought Asian American men who were having trouble finding that special someone ought to look to Black women, and this sort of backs me up. 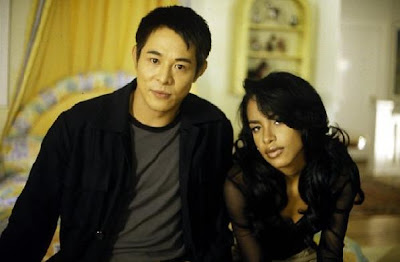 In many ways, intermarriage between Asians and Whites represents a more educated and higher-earning group:


Some of these differences appear to reflect the overall characteristics of different groups in society at large, and some may be a result of a selection process. For example, white/Asian newlyweds of 2008 through 2010 have significantly higher median combined annual earnings ($70,952) than do any other pairing, including both white/white ($60,000) and Asian/Asian ($62,000). When it comes to educational characteristics, more than half of white newlyweds who marry Asians have a college degree, compared with roughly a third of white newlyweds who married whites. Among Hispanics and blacks, newlyweds who married whites tend to have higher educational attainment than do those who married within their own racial or ethnic group.

Couples formed between an Asian husband and a white wife topped the median earning list among all newlyweds in 2008-2010 ($71,800).

Revenge of the stereotypical Asian nerds, I guess.

The study also notes that rates vary by region: it's significantly lower in the Midwest and the South than in the West, while Hawaii tops everyone (42% of all marriages). And while those who think intermarriage is a positive for society is about equal to those who think it has no effect, there's still a lingering one in nine who think that it is a negative.

When comparing this to Korea, one might note that much of Korea's "out-marriage" is not in fact "interracial," since it largely involves Koreans marrying ethnic Chinese, Vietnamese, and Filipino/as. Nevertheless, from a social standpoint, it is interethnic exogamy and remains a relevant issue.

The Pew report is getting people's attention, especially since this wide acceptance of something that was once taboo seems a parallel to the issue of same-sex marriage. From the Los Angeles Times:


A quarter-century ago, 65% of Americans thought interracial marriage was unacceptable for themselves or for other people. Yet in the span of a generation, as intermarriage has become more common and the United States has grown more racially diverse, a dramatic change in attitudes has taken place. Today, according to a recent study by the Pew Research Center, 87% of Americans say that the rise in interracial marriage has either been good for society or made no difference, while only 11% think it's a change for the worse.

That's the thing about the tide of history: It tends to flow from intolerance to acceptance. The same shift that occurred in opinions about interracial marriage is happening in attitudes about same-sex marriage. Just ask folks in Washington and New Jersey.

I do think there's merit to that argument, just as there was in the comparison of racial integration of the armed forces with ending Don't Ask, Don't Tell. Still, there are people whose opposition to gay marriage stems from religious convictions, something that didn't generally hold true (I think) for opponents of interracial marriage.

I'm not sure if those people will ever change their minds, but for them, I have two things for them to ruminate. First, gay people have always been able to marry; it's just that with same-sex marriage, they'll finally be able to marry each other. And second, if you really don't like gay people having gay sex, then by all means you should support gay marriage.

UPDATE:
The Economist has a short article on this, but its main emphasis is on the earning power of White-Asian intermarriage couples.