Interesting. Actually I share the concerns of critics such as GI Korea of ROK Drop, who feel that data should be open and subject to scrutiny. I expected that this effort by doubters of the consensus at UC Berkeley might lead to some questions that need some 'splainin, so it was a (pleasant) surprise to see this:


A team of UC Berkeley physicists and statisticians that set out to challenge the scientific consensus on global warming is finding that its data-crunching effort is producing results nearly identical to those underlying the prevailing view. 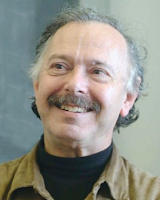 The Berkeley Earth Surface Temperature project was launched by physics professor Richard Muller, a longtime critic of government-led climate studies, to address what he called "the legitimate concerns" of skeptics who believe that global warming is exaggerated.

But Muller unexpectedly told a congressional hearing last week that the work of the three principal groups that have analyzed the temperature trends underlying climate science is "excellent.... We see a global warming trend that is very similar to that previously reported by the other groups."

The hearing was called by GOP leaders of the House Science & Technology committee, who have expressed doubts about the integrity of climate science. It was one of several inquiries in recent weeks as the Environmental Protection Agency's efforts to curb planet-heating emissions from industrial plants and motor vehicles have come under strenuous attack in Congress.

Muller said his group was surprised by its findings, but he cautioned that the initial assessment is based on only 2% of the 1.6 billion measurements that will eventually be examined.

As Paul Krugman writes, that was certainly going off script. The study had been gaining attention, especially on the right where it some assumed the Koch Brothers-funded group would skewer the "consensus" in the scientific community about global warming:


On the project's website, in a public lecture and in statements to the media, Muller had portrayed the Berkeley effort as rectifying the "biases" of previous studies, a task he compared with "Hercules cleaning out the Augean stables." He said his study would be "more precise," analyzing data from 39,000 stations — more than any other study — and offering "transparent," rather than "homogenized" data.

Though two percent of 1.6 billion is a very good sampling from which to draw a very precise sampling, I'm sure some deniers will latch on to that to say that the skeptics newly lost skepticism is unwarranted. They may also note that global warming theorists preemptively criticized the UC Berkeley group as unqualified for the task at hand, which could call into question their surprise seal of approval.

Such critics are people who, for whatever reason, are convinced of or vested in the idea that climate change due to warming is (a) not manmade, (b) too costly or inconvenient to do anything about, (c) impossible to reverse, and/or (d) against their own personal interests to resolve.

In other words, it's against their best interests to accept the theory and they will fight tooth and nail to undermine confidence in the evidence and to block any legislation that would come from it.