The future is Miray? 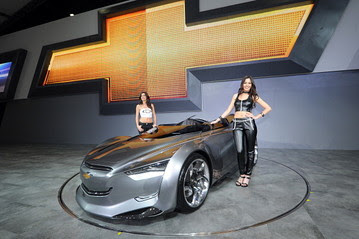 The Wall Street Journal has a focus on General Motors "plastering" the Chevrolet name all over South Korea, with an explanation for those outside South Korea why the switch from the Daewoo nameplate took so long (and was so sensitive).

Meanwhile, The Independent has a report from the Seoul Motor Show talking about GM Korea's and Ssangyong's respective plans to take on the Hyundai-Kia juggernaut that controls three-fourths of the South Korean car market.

The list also includes the Chevrolet Cruze (best small sedan), which counts as partial credit as a Korean make.