Should you or should you not get a Mac in Korea? 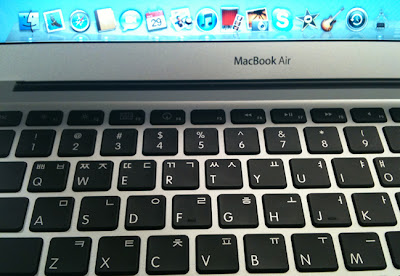 Over at seoul space, Erik Cornelius, a self-described "Mac fanboy," provides a nice overview about the reasons to use — or not — a Macintosh in Korea.

Like Mr Cornelius, even though I love Macs for myself, I don't necessarily recommend that everyone should get them.

In addition to the considerations he lays out, a lot of it has to do with whether or not you have knowledgeable people around you who use one or the other. That makes a huge difference.

The slow death of ActiveX and the rise of Apple-friendly iPhones in South Korea may negate some of the reasons not to get a Mac in Korea, but for now, there are some good reasons to join the Windows-using Borg. Back when I set up an office for my fledgling company in the early 2000s, I did have to supply the office with one XP-running computer for those Windows-only programs (HWP in particular) that we couldn't avoid. It was an "Orange" computer, which led us to jokingly referring to the office set up as Apples and Oranges.

Email ThisBlogThis!Share to TwitterShare to FacebookShare to Pinterest
Labels: ActiveX was brought by the Devil, Macintosh