China has taken up the challenging of blocking information about the so-called Jasmine Revolution, even going so far as to block Internet searches for those terms. North Korea has a bit of an easier time, since it has a far tighter control over the far fewer percentage of its population that has access to the Internet, which is more like an intranet.

But we GenXers remember a time when pixels and bytes were not the only means by which information flowed. There was television and radio, of course, and the Pyongyang regime has long been on top of that. But there are also those fleshy biological units known as people, and they have been known to pass along uncomfortable facts that undermine faith in their despotic government.

For the Kim Jong-il, the take-away message is that if you give up your nukes and play nice the US will invade; he doesn't want the North Korean people's take-away message to be that the only way you'll get rid of a dynastic regime that has ruled with an iron fist for decades with no end in sight is to rise up and start shooting at the rulers' soldiers.

And it is against that backdrop that North Korea has told its worker in war-torn Libya not to come back. Stay where you are.


North Korea has ordered its people in Libya not to return home, apparently out of fear that they will spread news of the anti-government uprisings in the African nation, a source said Sunday.

In a letter sent to the North Korean embassy in Libya, Pyongyang ordered its people to "follow the measures of the Libyan government" and not return home, said the source familiar with North Korea affairs.

As AFP notes, Libya and North Korea "have maintained close diplomatic ties." Consequently, there are hundreds of North Koreans in Libya, performing duties as doctors, nurses, and construction workers, as well as in Saudi Arabia and Kuwait.

Frankly, if this is the kind of thing Pyongyang is worried about, the North Korean workers may be better off in Libya even as things get out of hand there. Were they to return and the DPRK authorities decided they were a contagion, God only knows how they might be "contained." Perhaps South Korea, the US, and Japan should work on helping the North Koreans find a safer place to go. 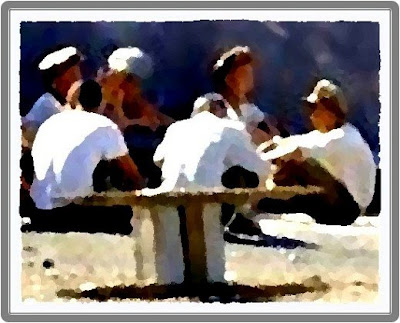