How slavery really ended in America 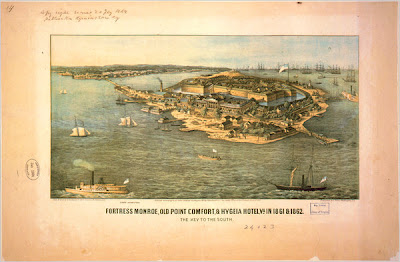 In honor of the Civil War's sesquicentennial (150th anniversary, a word I learned around 2000, when California celebrated a century and a half of statehood), the New York Times is running a series of articles on the War Between the States called Disunion.

This one, on how a newly coined General Butler at Fort Monroe reluctantly accepted three escaped slaves as "contraband" instead of returning them to their masters and thus triggered a wave that forced Washington's hand vis-à-vis emancipation, was fascinating enough for me to read from beginning to end.

I love these old historic things, though I think it's a shame sometimes that so much American attention is on the Civil War when things like the takeover of Hawaii, the influence of the Spanish in California, etc., are also quite compelling.