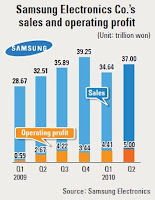 North Korea has announced its latest "rain fire on Seoul" initiative, this time calling it a "do-or-die" struggle. Maybe we should halt the import of idiom dictionaries into North Korea.