As we continue to mark the beginning of the end of the Kim Jong-il regime, I have held out the hope and possibility (Nappŭn Nomenklatura, Peresnorka, and Jong 2:16 — making too-clever-by-half titles is half the fun of blogging) that the Brilliant Comrade or one of his taewon'gun-like handlers could be a North Korean Gorbachev for our times. 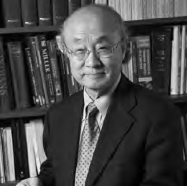 Well, either North Korean expert Professor Han-shik Park [right] of the University of Georgia (whom I once met at Yonsei University) is cribbing from this site, or he has also arrived at the (easy) conclusion that such a thing may be possible.


“Kim Jong-un could become a figure like China’s Deng Xiaoping.”

These words reflected the sentiment of Park Han-shik, professor of the University of Georgia, during a visit to South Korea that followed a trip to North Korea from July 3 to 8. Park predicts that like Deng, the architect of China’s reform and openness policy, Kim Jong-un, third son and reported successor of Kim Jong-il, could be someone to lead changes in North Korea.

During an interview with the Hankyoreh at the Lotte Hotel in Seoul’s Sogong neighborhood, Park said that Kim Jong-un is expected to assume a major party role at the Party Representatives’ Assembly.

Park also reported going to the electronic library at Kim Il Sung University and seeing a handwritten message from Kim Jong-il reading, “Set foot on my land and see the world.” Park said that he sensed North Korea’s interest in the outside world and its determination to engage in interchange.

Regarding speculation in South Korea, the United States and Japan about Kim Jong-il’s ill health and the possibility of a sudden upheaval in North Korea, Park called this “purely the imaginings of the outside world.”

“Based on what I observed, North Koreans are not frightened about political stability and power succession issues,” Park said. “Instead, there is a lot of interest in cultivating the economy.”

Okay, so he said KJU could be DPRK's Deng instead of its Goryeobachev (get it? get it? Goryeo-bachev... marking the only time you will ever see me sing the praises of Revised Romanization), but it's still the same idea. And sure, Professor Park seems a tad on the naïvely Pollyannaish side when it comes to the motives of the DPRK regime, but I think the writing is on the wall for both Pyongyang and Pyongyang watchers: something has got to give.

There's further circumstantial evidence supporting this theory. In the only authenticated portrait of an adult Kim Jong-un ever released [below] he just looks so sad, like his heart aches with the awesome responsibility that will soon be his to improve the plight of the people whom the powers-that-be have tasked him with shepherding. He has a sandwich; perhaps he longs to give them a sandwich. 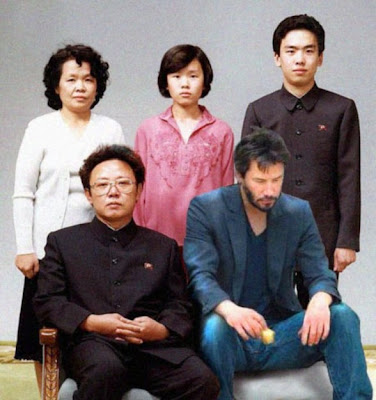