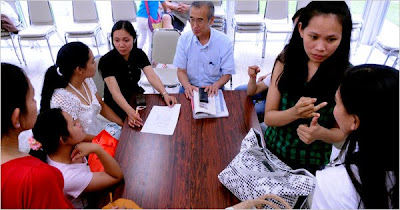 The myriad similarities between Japan and South Korea when it comes to post-war social and economic development should cause Seoul officials to sit up and take notice from time to time.

Like now, when the Japanese trainee program that bear such a strong resemblance to its South Korean cousin is being criticized as exploitative.


Six young Chinese women arrived in this historic city three summers ago, among the tens of thousands of apprentices brought to Japan each year on the promise of job training, good pay and a chance at a better life back home.

Instead, the women say, they were subjected to 16-hour workdays assembling cellphones at below the minimum wage, with little training of any sort, all under the auspices of a government-approved “foreign trainee” program that critics call industrial Japan’s dirty secret.

“My head hurt, my throat stung,” said Zhang Yuwei, 23, who operated a machine that printed cellphone keypads, battling fumes that she said made the air so noxious that managers would tell Japanese employees to avoid her work area.

Ms. Zhang says she was let go last month after her employer found that she and five compatriots had complained to a social worker about their work conditions. A Japanese lawyer is now helping the group sue their former employer, seeking back pay and damages totaling $207,000.

Critics say foreign trainees have become an exploited source of cheap labor in a country with one of the world’s most rapidly aging populations and lowest birthrates. All but closed to immigration, Japan faces an acute labor shortage, especially for jobs at the country’s hardscrabble farms or small family-run factories.

“The mistreatment of trainees appears to be widespread,” said Shoichi Ibusuki, a human rights lawyer based in Tokyo.

This sounds so uncannily like the ROK's own trainee program it's not even funny. South Korean shares with Japan a need for cheap labor in the face of a graying, even shrinking population. But while South Korea has shown a willingness to allow some non-natives a chance to permanently settle where Japan has not, both have a real problem with the exploitation of foreign labor sources.

Perhaps the two countries can put their heads together to develop an enforceable system that is fair, non-exploitative, provides a livable wage, and treats foreign workers with dignity, but still provides manufacturers with skilled labor that allows them to keep jobs in country. Or am I fantasizing here?