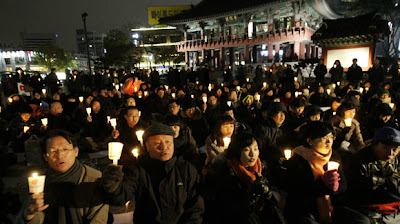 Ah, another day, another crisis on the Korean Peninsula. We have the US and South Korea conducting a new set of "war games" (as the Lost Angeles Times puts it), a natural thing to do when you've got a neighbor claiming your territory and shelling your towns, and you have North Korea setting up surface-to-surface missiles on their launchpads. Could they be readying for an attack on the next moonless nights? (That would be February 2nd through 4th, by the way, a North Korean Tet Offensive.)