So, Chinese President Hu Jintao is in Washington to meet with US President Barack Hussein Obama. We shall see what, if anything, comes about regarding North Korea. My hope of hopes is that Mr Obama maintains his tough stance on Pyongyang (likely), and Mr Hu comes around and says that, yeah, they need to rein in the thugs in North Korea while nudging them toward economic and political reform and eventual unification with the South (likely they'll say it, less likely they'll do it). 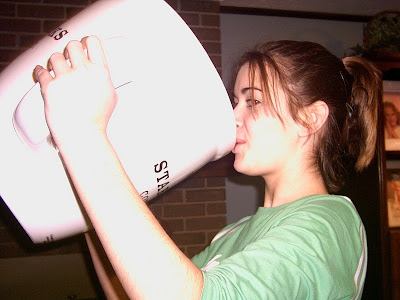