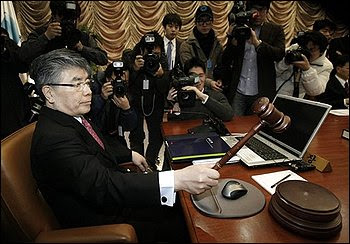 ROK officialdom loves to pursue firsts, and it looks like South Korea will be the first to charge Google with breaking the law over the collection of data to make its Google Street View feature. And that's not the only bit of big news. We have the Bank of Korea raising interest rates. See that gavel the BOK governor is holding? He's smashing Kushibo's budget as the monthly payment on my adjustable-rate mortgage goes northward (nah, it's not really that bad, but it's more than a few lattes every month).

We have international incidents. First, the ROK Coast Guard thought the Japanese Coast Guard was illegitimately pursuing a South Korean fishing vessel, but the captain admitted he'd gone into Japanese waters. But the real international story today is related to Secretary of Defense Gates's visit to Tokyo, where he is pushing Tokyo to play a larger role in East Asian security, particularly as Seoul and Washington stand up to Pyongyang and Beijing.

Now I'll be the first to admit that the mealy-mouthed expressions of regret that Tokyo's conservative leadership has turned out (and then often practically reneged) in the past, combined with its myriad unresolved World War II-era territorial disputes, spell geopolitical disaster if Tokyo were to shed its pacifist right now, but I do like the idea of Beijing seeing that there are undesirable consequences when it allows its unleashed pitbull to bite the neighbors. 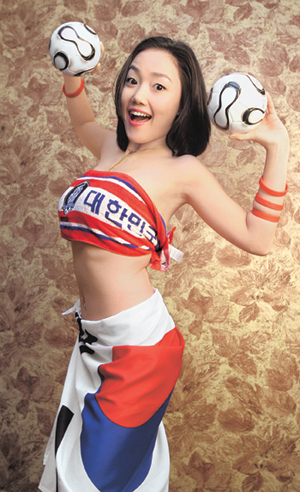