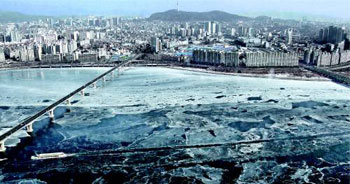 I suppose if you're actually in South Korea, the big news is the deep freeze. With a low of -17°C (1.4°F), probably nothing else matters. In the above picture, a ferry in the foreground plays the role of icebreaker. [photo source] 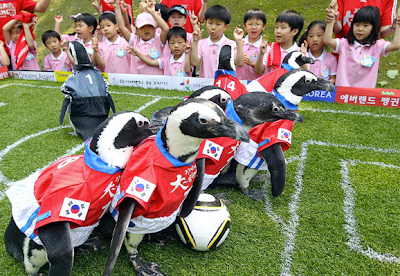