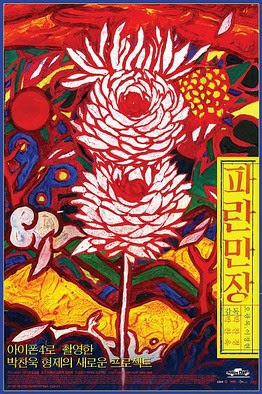 Apparently Park Chanwook is a bit strapped for cash, as his latest film, a thirty-minute piece called Paranmanjang ("Ups and Downs"), was shot entirely on an iPhone4:


“From hunting for a film location, shooting auditions, to doing a documentary on the filming process, everything was shot with the iPhone 4,” Mr. Park said after the screening. “We went through all the same film-making processes except that the camera was small.”

And a tad shaky. I've used my iPhone4 to interview people, and while the picture quality can be very good, the outcome can be very bad if you actually hold the stability-lacking camera in your hand. Of course, I'm not Park Chanwook.

UPDATE:
I guess I should have updated this a long time ago, since the English title was announced not long after I wrote this: Night Fishing.

And here's a teaser bit of the movie. As you can see, it's just the kind of wholesome fare one would expect from Park Chanwook.

Oh, by the way: I was being sarcastic.