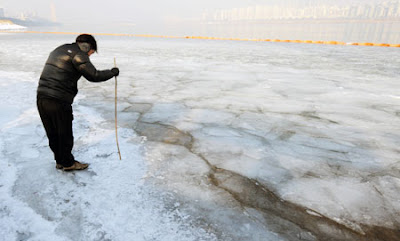 It's a slow news day, but that's hardly a surprise since half the nation may still be hungover. Lots of news stories about what people think will happen in 2011, but the Kushibo News Service tends not to consider that news. Unless it's bold, or ballsy, or wholly unexpected (but realistic), or it's a slow news day.

What's newsworthy to me is that it's apparently so cold in Seoul that the Han River is freezing up. Yeah, yeah, I know, that happens at some point every year, but it's still fascinating to me. Meanwhile, I slept with a fan on. (I guess I shouldn't brag about the weather, or else it won't be just English teachers who hate me.) 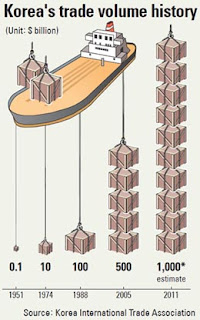