What Obama and Hu say about Korea 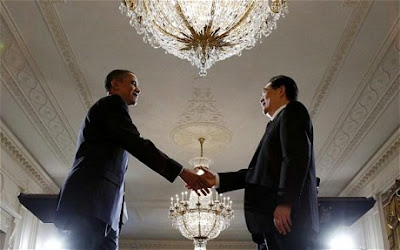 Courtesy of the Wall Street Journal, here are the highlights:

Well, that's pretty much it for the Korea-related stuff. There's more, of course... currency issues, trade, etc. Senate Majority Leader Harry Reid called Hu Jintao a dictator, which was apparently a no-no. We all know it, but nobody says it, since I guess nobody had sat Hu down and had "the talk."