Is Sochi still a good choice for the 2014 Winter Olympics? 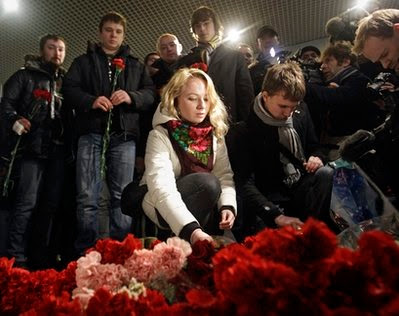 I'm going to sound like an insensitive jackass for saying this so soon after the horrible incident that left dozens dead, but the bombing at Domodedovo International Airport on the outskirts of Moscow has underscored concerns I've previously expressed that the Sochi venue for the 2014 Winter Olympics may have been a poor choice. In 2007, when the IOC met, the South Korean mountainous county of P'yŏngch'ang (Pyeongchang) lost out to the summer resort city of Sochi, Russia, when then-President Vladimir Putin showed up and tacitly threatened the European members of the IOC that there would be dire consequences if Russia was not awarded the games.

In addition to concerns about the weather in the palm-lined Russian resort city (which became an issue at the 2010 games in Vancouver, a venue that beat out Pyongchang four years earlier), I wrote about concerns that Sochi was just "a few hundred miles from Chechnya, a major producer of counterfeit American dollars and angry Muslim separatist suicide bombers with a serious score to settle with Moscow." Almost exactly a year after that post, the bombing at the airport has become the latest in a series of terror attacks that should make us seriously question (a) whether Chechen separatists will use the high-profile games or the FIFA World Cup four years later as a prime target and (b) whether Russian authorities are even capable of stopping that.

And I'm certainly not the only one thinking this. It's certainly on the IOC's mind enough that they issued a statement about it:


The International Olympic Committee has "no doubt" that Russia will deliver a safe Winter Games in Sochi in 2014 despite security concerns raised by the suicide bombing attack at Moscow's main airport.

"Unfortunately, terrorism is a global phenomenon and no region is exempt, which is why security at the games is a top priority for the IOC," the Olympic body told The Associated Press in a statement Tuesday. "At the Olympics, security is the responsibility of the local authorities, and we have no doubt that the Russian authorities will be up to the task."

FIFA also expressed support for Russia, which will host the 2018 World Cup in 13 cities. It will host the Confederations Cup as a test event in 2017.

"FIFA is confident that Russian authorities will ensure adequate security plans are in place," soccer's governing body said in a statement.

To be fair, the downing of Korean Airlines flight 858, an apparent terror attack planned by Kim Jong-il himself ten months before the 1988 Seoul Olympics, was no reason to change the venue of South Korea's showcase event, but South Korea was not the victim of repeated and seemingly constant terror attacks. Russia, on the other hand, seems unable to escape such events thanks to its on-going separatist war. The Guardian has a list of major terror attacks in the post-Soviet era. 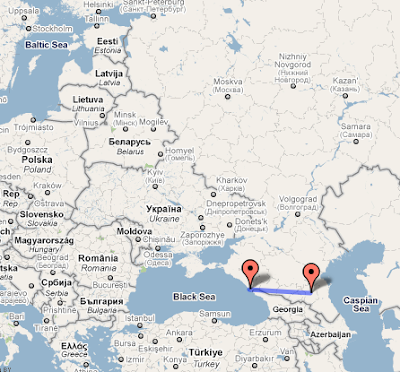 And if the separatists are able to pull off such attacks in Moscow, at a place like an airport that is supposed to be relatively secure, imagine how easy it would be to visit such assaults in Sochi, which is only a few hundred miles away from Grozny, the capital of Chechnya. Moreover, the separatists who are remind the world of the carnage in Chechnya would want to strike at such a time when the entire world is watching. Sure, lots of innocent people would die, but these folks have shown that even killing schoolchildren is acceptable to them. 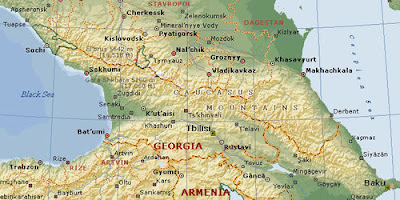 Now, don't get me wrong: this is not sour grapes and I certainly don't think that Pyongchang should be retroactively awarded the games. In fact, if a venue change were to come, it should not be now, but sometime later, with something else as a pretext. The terrorists should not score a victory this way. But I do think the IOC should come up with a plan whereby they declare the summer resort of Sochi just not on schedule or some such, and then have Vancouver or Nagano or Lillehammer or some other prior venue host the games. (Frankly, even if Pyongchang is awarded the 2018 games, I don't think its on-going preparations make it ready to host four years ahead of time.)

Switching already-chosen venues for world events is not so unusual. Or, at least, thinking about switching venues is not so unusual. Civil unrest in South Korea in the spring and summer of 1987 led then-mayor of Los Angeles Tom Bradley to suggest that L.A. would be willing to host the Olympics for a second time in a row if the IOC decided Seoul was too dangerous.

In 2002 and 2003, as it became clear Athens was way behind schedule for construction of venues for the 2004 games, some suggested moving the games to Seoul or Los Angeles, which had the infrastructure ready to go. Indeed, had that happened, perhaps Greece might not be in the debt crisis it now finds itself in.

More recently, some have considered whether or not Qatar should remain as the host of the 2022 FIFA World Cup if doing so would require a calendar change to January (which would interfere with regular soccer and the Winter Olympics), as FIFA head Sepp Blatter has suggested, to keep the players from dropping dead in the 45°C desert heat. Indeed, that last one underscores that Pyongchang and South Korea keeps losing out to places that probably should not have won the hosting rights for these events at all.

But let's be realistic: On February 7, 2014, we will almost certainly be watching the opening of the winter Olympics in Sochi. And I hope and pray that everything goes off without a hitch. Despite worries about attacks in 1988 and again during the Korea/Japan World Cup in 2002, the games were safe and secure (it was the 1996 Summer Olympics in Atlanta, I believe, that last saw a terror attack), although North Korea did try something out in the Yellow Sea just as the games were ending.

I do think Russia, if it sets its mind to it and takes this seriously, can do the same. But next time, IOC and FIFA, take this kind of thing a bit more seriously.