Above is the Samho Jewelry, the vessel hijacked by Somali pirates yesterday. In other, wholly unrelated news, the captain of India's national team at the Asian Cup has said that South Korea is the Manchester United of Asia. 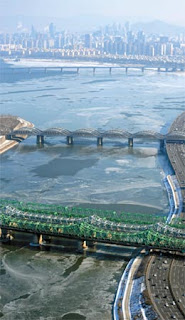