That's right, teachers and administrators who decide that schools are a place of learning and that cell phones distract from that — even if used just during lunch period or recess (do Korean kids get recess?) — are violating their human rights, according to the National Human Rights Commission of Korea.

Kushibo is a traditionalist who believes that (a) kids don't need their cell phones and it's not infringement on their human rights to stop them from doing whatever the heck they want whenever they want and (b) cell phone games and communications even during lunch break can disrupt the learning process and normal social interactions. The only positive outcome I can see from cases like this is that they distract from the NHRCK's efforts to spread HIV infection across South Korea. 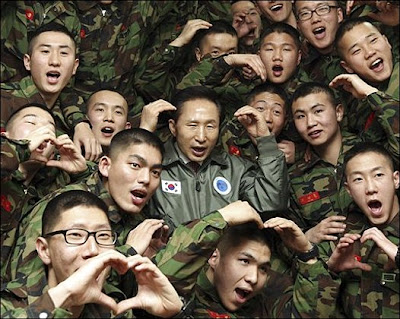